As part of the Europski dani arheologije / Journées Européennes de l’archéologie / European Archaeology Days, join us in interactive workshops organized in the scope of the projects financed by the Croatian Science Foundation and in fun activities for younger children (colouring book and bilingual words game).

GAME: STORIES AND PICTURES ABOUT CHILDREN IN PROTOHISTORY

Protohistory is the period of the human past from the Bronze Age to the Greek colonization or Roman conquests of what is today Croatia, when written sources first appeared.

We know little about the life of children in that period; the archaeological sources for their traces are graves. In protohistorical northern Croatia, the dead were cremated. Archaeological excavations discovered human remains and objects which were laid in the grave with the child. Anthropologists study cremated human remains and can determine the age of the child. There is usually no data on the cause of death. The sex of the child cannot be determined from the cremated remains. Archaeologists examine the objects in the graves to determine the time when a grave was made and interpret why particular objects were placed in the grave. Archaeologists tell stories about the past. Tell your own story about a child who really existed in the distant past.

Write a story or draw a scene from your character’s life. You can choose the gender and give a name to this child from the Late Bronze Age or the Late Iron Age.

Institute of Archeology, Zagreb in cooperation with the Women's General Gymnasium of the Society of the Sisters of Charity (ŽOG), Zagreb

Topic 1: Interactive map of the Danube Limes in Croatia

On the thinglink platform, we are developing digital educational content of the Roman military camp and the Danube Limes topics.

Workshops consist of an introductory description of the military camp / Danube Limes, which is followed by an interactive platform with which it will be possible to learn more about parts of the camp or the sites on the Limes. Each link with a short description takes us to another activity - a crossword puzzle, memory, information about the local attraction (Kopački rit, for example).

Topics related to the Roman army intertwine all five domains that are determined by the new Curriculum for History (society, economy, science and technology, politics and the philosophical-religious-cultural field). These topics are an ideal basis for finding new knowledge and establishing existing one about the ancient world and society in general. The Roman Limes, with special reference to the Danube Limes in Croatia, describes even closer presence of Ancient Rome in the parts of our country. It brings to life Roman life and the struggle for the maintenance and not only the maintenance of the once powerful Roman Empire in "our beautiful country".

The workshops are conducted as part of the Science Popularization Program of the Institute of Archaeology and the installation project Life on the Roman road - communications, trade and identities on Roman roads in Croatia from the 1st to the 8th century LRR (UIP-05-2017-9768) founded by the Croatian Science Foundation.

Paint your own Avar warrior!

Avars represent one of the most fascinating phenomena in the medieval past of Central Europe. Avar material culture has left its mark, above all, in archeological finds of over 60,000 tombs, two thirds of which belong to the 8th century, making it one of the best documented Early Medieval material cultures in Europe. Two important changes in Europe are attributed to the arrival of the Avars in the Carpathian Basin during the year 567: the emergence of new technological solutions in equipment and methods of warfare (heavy cavalry) and the expansion of the Slavs in Central and Southern Europe. In Croatia, most of the Avar-age sites are located in Eastern Slavonia, and some peculiarities have been noticed, such as the painting of the decorative mounts of the belt in blue color (Nuštar - Khuen Belassy castle). In this workshop, children will be able to get acquainted with the Avars by colouring / creating their own Avar warrior!

In the Neolithic (Late Stone Age) only stone and bone tools were used as well as bone ornaments. Wood houses were constructed (houses with wooden construction) which in some settlements were renewed in layers one above the other, thus creating settlements that we see today as artificial hills (tells). In archaeological excavations, all these settlement layers over a long period of time are called stratigraphy. In the houses ceramic pottery was used, among which coarse and large pots in the early Neolithic were decorated on the outside with barbotine, i.e. applied clay paste from which ornaments were formed and which also allowed the surface of the pots to remain rough for easier handling.

…and learn them in Croatian!

In the scope of the European Days of Archeology, we invite you to the opening of the exhibition

at the Gallery Koprivnica (Zrinski sq. 9/I)

Iron as a material with which our ancestors shaped objects used in their everyday life through several historical periods has always attracted the attention of the professional and scientific public as well as the general public. The process of obtaining iron from iron ore found in nature is a demanding procedure that involved a good knowledge of the whole process, from finding and collecting quality ore in nature, through the construction of smelting furnaces to smelting by which the semi-finished product was extracted at high temperatures. (so-called bloom). Only after primary forging was the product suitable for processing and shaping objects by blacksmiths. The exhibition presents the results of the interdisciplinary project TransFER, within which it was organized by the Koprivnica Town Museum and the Institute of Archeology, it is financially supported by the City of Koprivnica, and is open until July 12, 2020. 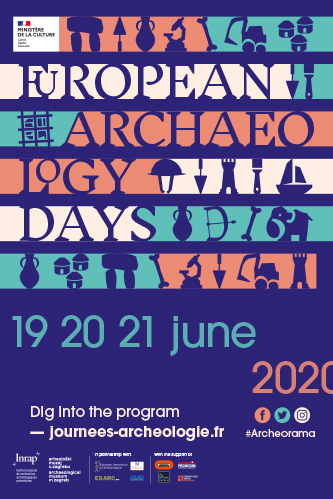